A Tribute to Tobacco Road!

Tobacco Road will be sorely missed. It was the best and oldest dive bar in Miami, with some of best BBQ in metro area. A true Miami landmark and treasure. The bar was always crowed with great people, good vibes, amazing drink specials, and yearly events such as the Crawfish Boil and Seafood Festival.

We bid you Farewell. Thanks for all the amazing memories! 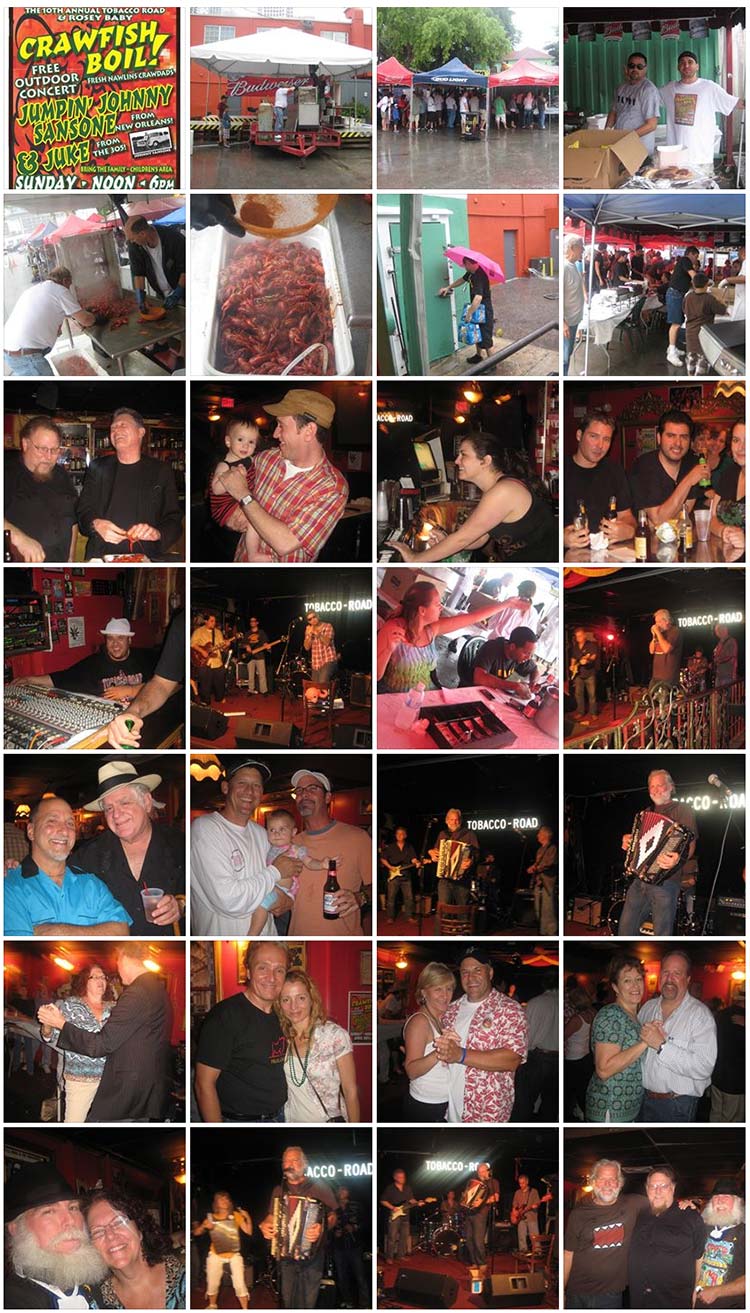 A Brief History of Tobacco Road

Considered Miami’s Oldest Bar, The Road survived several Miami land booms, Al Capone, Prohibition, the Great Depression, the country at War, deadly hurricanes, Mariel Boatlift, race-riots, cocaine cowboys, and the rise and fall and rise of South Beach. The Road had been a speakeasy, gambling den, gay bar, strip joint and blues bar. The two-story structure remained virtually unchanged since its inception in the early 1900s. And while ownership changed, the primary purpose of the establishment – a neighborhood watering hole always remained the same.

Turn of the century – 1930s
The original address was 1812 Avenue D before the city changed its street names in 1920. During its early years, the establishment was a bakery that presumably served as a front for a speakeasy during Prohibition. A secret room hidden behind a bookshelf on the second floor was used to store liquor. While Prohibition was in effect from 1920 – 1930, Dade County was voted to be Dry in 1913. In the 1920s and 30s, the second floor speakeasy was also thought to be used as a gambling den.

1940s-1970s
In the early 1940s it was purchased by an infamous racketeer and bookie from New York who named it Tobacco Road. During this decade, the Road became a nationally known gay bar and the focus of local outrage. It was shut down by the city’s Morals Squad for “lewd, wanton and lascivious behavior” a charge that referred to its female impersonators and male strippers. The military responded by declaring the Road off limits to all its personnel a ban that was lifted in 1986.

In the decades that followed, the bar operated under the names Chicken Roost, Chanticleer Restaurant and Shandiclere. In the 1970s, it was sold to a former Miami police officer, who renamed the bar back to Tobacco Road.

1980s today
In 1981, Governor Bob Graham ordered a drug raid on Tobacco Road and the bar was again temporarily shut down. In 1982, the bar was sold to its present owners Michael Latterner and Patrick Gleber. The neighborhood was tough and so was the Road. The parking lot was an abandoned field with homeless squatters and a crack house was located across the street.